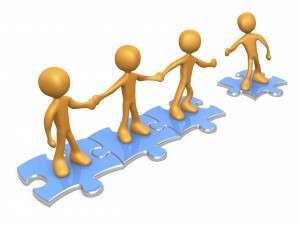 When Real Time Tickets Come in Handy for Customer Support

Every company should strive to provide customer service that is both responsive and accurate.

Yet when customer service issues arise customers often find dealing with the help desk can be stressful. While we would hope that all customer support encounters would be positive, they can at times be less than that; whether it is being bounced around on the phone from one department to another or receiving drastically different responses in response to an inquiry.

Customer support that does not live up to customer expectations can be maddening. The last thing you want is to put your customers through this type of an experience. There are times though, as a CSR, you run into a scenario where information gets jumbled and you accidentally repeat or contradict what someone else on the team has already communicated.

Here are just a couple of scenarios where real time tickets would come in handy.

Tom and Mary are customer service team members for SuperPow Blinds. They’ve worked together for years and generally know when one needs to take a rest that the other should take over. They have a real connection and know how to take care of customers quickly.

One day, though, their wires get crossed. Mary has some drama going on at home and she completely forgets to tell Tom she’s going to work through lunch so she can go home early and take care of it. As a result, they end up replying to the same email at the same time.

Although they quickly resolved it, the customer was still irritated at having so many emails at once. They unfortunately came to the conclusion the company was a little “amateur” and never ordered from them again.

Fix: A real time solution system could have easily prevented this situation. If Tom and Mary were both signed on, they could’ve seen they were both on the same ticket. Red flags would’ve popped up in their minds and they would’ve asked each other if they were currently taking care of it. Instead, they had no clue what was about to happen.

Ron’s Bait, Tackle & Coffee Emporium is (surprisingly) proving to be a huge deal. Customers come from all over the state to see this huge warehouse full of bugs, fishing equipment, and shockingly delicious coffee.

Of course not everyone is thrilled with their experience. Despite knowing full well what they’re getting into, some customers were so taken aback by the mix of cultures they complained to the head office.

While Ron’s has a great idea for a store, they didn’t concentrate enough resources on customer service. This was definitely a bad decision when the angry phone calls started coming in. One customer called back repeatedly and got several different answers for each one of her questions.

One CSR told the customer she could definitely get a refund for the coffee she bought that had a worm in it. Another said they just don’t do that at this business. Yet another said that’s part of the experience and they were going to charge her for the worm!

Fix: While Ron’s had some other issues to attend to as well, part of their problem is the CSRs had no idea the same customer had been attended to several times. With a real time ticket system, notes each CSR jotted down would’ve been instantly available to the others.

So when the angry customer hung up and instantly called back to complain to someone else, that agent would’ve known the whole history of what just transpired. He could then tell the others to be on alert so they got their story straight and helped calm the customer down and fix their issue.

Real time ticket updates help to avoid duplication of efforts and keep everyone in the loop. Does your customer support software utilize real-time tickets yet? Have they helped you avoid a fiasco?